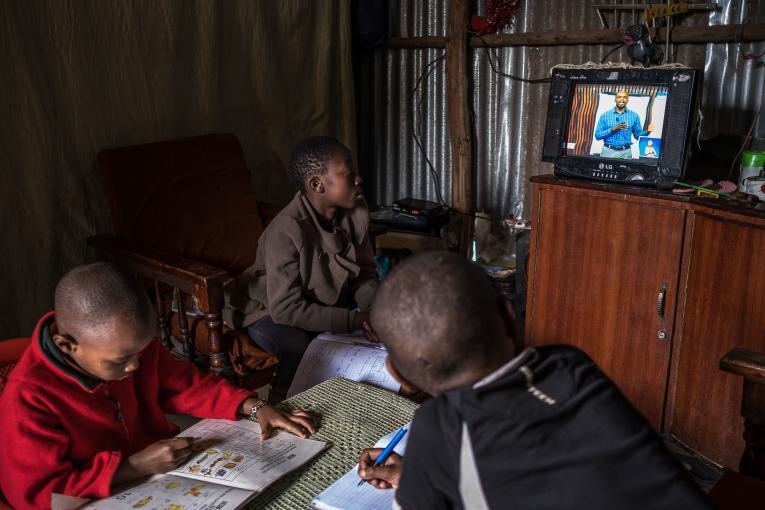 Two thirds of the world’s school-age children – or 1.3 billion children aged 3 to 17 years old – do not have internet connection in their homes, according to a new joint report from UNICEF and the International Telecommunication Union (ITU).

The report How Many Children and Youth Have Internet Access at Home? noted a similar lack of access among young people aged 15-24 years old, with 759 million or 63 per cent unconnected at home.

“That so many children and young people have no internet at home is more than a digital gap –it is a digital canyon,” said Henrietta Fore, UNICEF Executive Director.

“Lack of connectivity doesn’t just limit children and young people’s ability to connect online. It prevents them from competing in the modern economy. It isolates them from the world. And in the event of school closures, such as those currently experienced by millions due to COVID-19, it causes them to lose out on education. Put bluntly: Lack of internet access is costing the next generation their futures.”

Nearly a quarter of a billion students worldwide are still affected by COVID-19 school closures, forcing hundreds of millions of students to rely on virtual learning. For those with no internet access, education can be out of reach. Even before the pandemic, a growing cohort of young people needed to learn foundational, transferable, digital, job-specific and entrepreneurial skills to compete in the 21st century economy.

The digital divide is perpetuating inequalities that already divide countries and communities, the report noted. Children and young people from the poorest households, rural and lower income states are falling even further behind their peers and are left with very little opportunity to ever catch up.

“Connecting rural populations remains a formidable challenge,” said ITU Secretary-General Houlin Zhao. “As shown by ITU’s Measuring digital development: Facts and figures 2020, large parts of rural areas are not covered with a mobile-broadband network, and fewer rural households have access to the internet. The gap in the mobile broadband adoption and internet use between developed and developing countries is especially large, putting the almost 1.3 billion school-age children mostly from low-income countries and rural regions at risk of missing out on their education because they lack access to the internet at home.”

Last year, UNICEF and ITU launched Giga, a global initiative to connect every school and its surrounding community to the Internet. Working with governments, Giga has now mapped over 800,000 schools in 30 countries. With this data, Giga works with governments, industry, civil sector, and private sector partners to craft compelling investment cases for blended public-private funding to build the connectivity infrastructure needed to deploy digital learning solutions and other services.

Building on these efforts and on the importance of youth engagement, Generation Connect is an initiative launched by ITU to empower young people to engage and participate in the digital world.

Although the numbers in the UNICEF-ITU report present an alarming picture, the situation is likely worse due to compounding factors, such as affordability, safety and low levels of digital skills.

According to the latest ITU data, low digital skills remain a barrier to meaningful participation in a digital society, while mobile telephony and internet access remain too expensive for many in the developing world as the result of vast disparities in purchasing power.

Even when children have a connection at home, they may not be able to access it because of the pressure to do chores or to work, lack of sufficient devices in the households, girls being permitted less or no internet access, or a lack of understanding of how to access opportunities online. There are also issues related to online safety since parents may be inadequately prepared to keep their children safe.