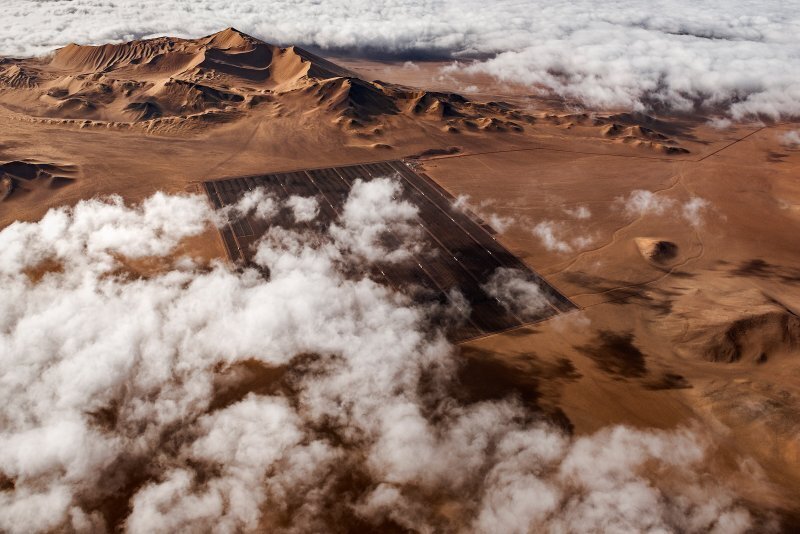 I came to focus on climate change indirectly—through the problem of energy poverty. In the early 2000s, I learned that about a billion people didn’t have reliable access to electricity and that half of them lived in sub-Saharan Africa. (The picture has improved since then, though today roughly 860 million people don’t have electricity.) In remote villages, Melinda and I met women and girls who spent hours every day collecting firewood so they could cook over an open flame in their homes. We met kids who did their homework by candlelight.

I thought about our foundation’s motto—“Everyone deserves the chance to live a healthy and productive life”—and how it’s hard to stay healthy if your local medical clinic can’t keep vaccines cold because the refrigerators don’t work. And it’s impossible to build an economy where everyone has job opportunities if you don’t have massive amounts of reliable, affordable electricity for offices, factories and call centers. I began to think about how the world could make energy affordable and reliable for the poor. But the more I learned, the more I came to understand the dilemma of energy and climate change: although the world needs to provide more energy so the poorest can thrive, we need to provide that energy without releasing any more greenhouse gases. In fact, we need to eliminate our emissions, all the way to zero.

The climate is like a bathtub that’s slowly filling up with water. Even if we slow the flow of water to a trickle, the tub will eventually fill up and water will come spilling out onto the floor. That’s the disaster we have to prevent. To stop filling the tub—to get to zero—we have to understand everything we do to cause emissions. Did you brush your teeth this morning? The toothbrush probably contains plastic, which is made from petroleum, a fossil fuel. If you ate breakfast, the grains in your toast and cereal were grown with fertilizer, which releases greenhouse gases when it’s made. They were harvested by a tractor that was made of steel—which is made with fossil fuels in a process that releases carbon—and ran on gasoline. If you had a burger for lunch, as I do occasionally, raising the beef caused greenhouse-gas emissions—cows burp and fart methane—and so did growing and harvesting the wheat that went into the bun. In short, fossil fuels are practically everywhere.

Some sources of emissions, like electricity and cars, get lots of attention, but they’re only the beginning. The biggest contributor to climate change is manufacturing—making things like steel, cement and plastic—at 31% of global emissions. Second in line is producing electricity, at 27% of emissions; after that comes growing things like crops, at 19%. Transportation comes in fourth, at 16%, followed by the emissions from heating and cooling buildings. These percentages are less important than the overall point: any comprehensive plan for climate change has to account for all the activities that cause emissions, and that’s much more than making electricity and driving cars. Unless you’re looking across all five areas—how we plug in, make things, grow things, move around, and keep cool and stay warm—you’re not going to solve the problem.

It’s also crucial to understand how much getting to zero will cost. Right now, the primary reason the world emits so much greenhouse gas is that fossil- fuel technologies are by and large the cheapest energy sources available. In part, that’s because their prices don’t reflect the environmental damage they inflict. In other words, moving our immense energy economy from “dirty,” carbon-emitting technologies to ones with zero emissions will cost something. These additional costs are what I call Green Premiums. For example, the average retail price for a gallon of jet fuel in the U.S. over the past few years is $2.22. Advanced biofuels for jets, to the extent they’re available, cost on average $5.35 per gallon. The Green Premium for zero-carbon fuel, then, is the difference between these two prices, which is $3.13. That’s a premium of more than 140%.

During every conversation I have about climate change, Green Premiums are in the back of my mind. Once you’ve figured Green Premiums for all the big zero-carbon options, you can start having serious discussions about trade-offs. How much are we willing to pay to go green? Will we buy advanced biofuels that are twice as expensive as jet fuel? Will we buy green cement that costs twice as much as the conventional stuff? I mean “we” in the global sense. It’s not just a matter of what Americans and Europeans can afford. We need the premiums to be so low that everyone will be able to decarbonize. That’s the solution to the dilemma of providing affordable energy for everyone without causing a climate disaster. Green Premiums help us answer questions like these:

Which zero-carbon options should we be deploying now? Answer: the ones with a low Green Premium, or no premium at all. In the U.S., electricity is a good example. The Green Premium is the additional cost of getting all our power from non-emitting sources, including wind, solar, nuclear power, and coal- and natural-gas-fired plants equipped with devices that capture the carbon they produce. Changing the entire U.S. electricity system to zero-carbon sources would cost roughly 15% more than what most people pay now. That adds up to a relatively low Green Premium of $18 a month for the average home, and it’s due largely to substantial drops in the cost of solar infrastructure over the past decade. Europe is similarly well situated.

These low Green Premiums mean that renewable energy sources like solar and wind can play a substantial role in getting the U.S. and Europe to zero. In fact, we need them to. We should be deploying renewables quickly wherever it’s economical to do so, and building the infrastructure to let us make the most of them—things like power lines capable of carrying clean electrons from wherever they’re created to wherever they’re needed.

Unfortunately, few countries are as lucky as the U.S. in this regard. They might have some sun but no wind, or some wind but little year-round sun, or not much of either. And they might have low credit ratings that make it hard to finance big investments in new power plants. So, they’ll have to get their electricity from other zero-carbon options.

Here’s another question the Green Premiums can answer: Where do we need to focus our research and development spending, our early investors and our best inventors? Answer: wherever we decide Green Premiums are too high. For example, advanced bio-fuels cost 600% more than the bunker fuel that cargo ships run on. No shipping business is going to voluntarily raise its fuel costs by that much.

In cases like this, there’s an opening for new technologies, companies and products that make it affordable. Countries that excel at research and development can create new products, make them more affordable and export them to the places that can’t pay current premiums. Then no one will have to argue about whether every nation is doing its fair share to avoid a climate disaster; instead, countries and companies will race to create and market the affordable innovations that help the world get to zero.

There’s one last benefit to the Green Premium concept: it can act as a measurement system that shows us the progress we’re making toward stopping climate change. What would it cost to use the zero-carbon tools we have now? Which innovations will make the biggest impact on emissions? The Green Premiums provide the answer by measuring the cost of getting to zero, sector by sector, and highlighting where we need to innovate.

Leaders around the world will need to articulate a vision for how we can lower the Green Premiums and make the transition to zero carbon. That vision can, in turn, guide the actions of people and businesses. Government officials can write rules regarding how much carbon that power plants, cars and factories are allowed to emit. They can adopt regulations that shape financial markets and clarify the risks of climate change to the private and public sectors. They can invest more in scientific research and write the rules that determine how quickly new products can get to market. And they can help fix some problems that the market isn’t set up to deal with—including the hidden costs that carbon-emitting products impose on the environment and on humans.

In the US, states can play a crucial role in demonstrating innovative technologies and policies, such as using their utilities and road-construction projects to drive technologies like long-duration storage and low-emissions cement into the market. And cities can do things like can buy electric buses, fund more charging stations for electric vehicles, use zoning laws to increase density so people travel less between work and home, and potentially restrict access to their roads by fossil-fuel-powered vehicles.

But you don’t have to be a politician or a policymaker to have an impact. If you’re a voter, you can hold your elected officials accountable for having plans to reduce Green Premiums and put us on a path to zero. As a consumer—or someone running a business—you can also send a signal to the market that people want zero-carbon alternatives and are willing to pay for them. When you pay more for an electric car, a heat pump or a plant-based burger, you’re saying, “There’s a market for this stuff. We’ll buy it.”

With the threat of climate change upon us, it can be hard to be hopeful about the future. But as my friend Hans Rosling, the late global health advocate and educator, wrote in his amazing book Factfulness: “When we have a fact-based worldview, we can see that the world is not as bad as it seems—and we can see what we have to do to keep making it better.” When we have a fact-based view of climate change, we can see that we have some of the things we need to avoid a climate disaster, but not all of them. We can see what stands in the way of deploying the solutions we have and developing the breakthroughs we need. And we can see all the work we must do to overcome those hurdles.