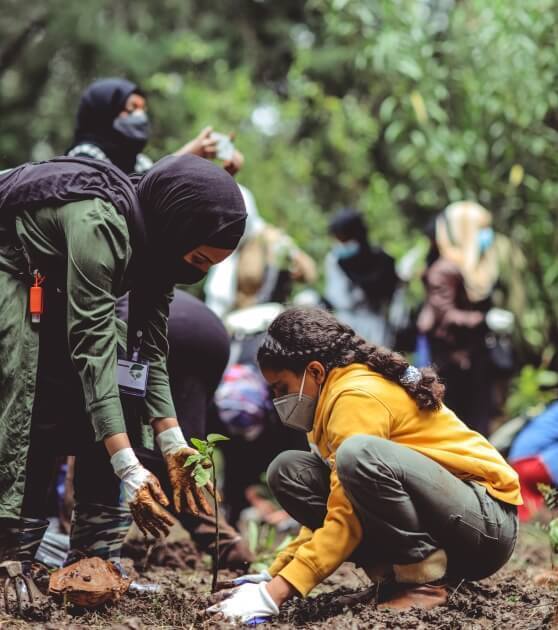 Kenya and Ethiopia are among 10 world countries which are committed to restoring nature under coronavirus (COVID-19) recovery plans.

These states are using restoration as an engine of employment, especially in rural areas where jobs are badly needed. That strategy not only has the potential to kickstart economic growth, it’s also key in the fight against climate change and biodiversity loss. Reviving nature is at the core of the UN Decade on Ecosystem Restoration, a global push to repair lands lost to development that is set to begin in 2021.

“A green recovery is one that tackles the climate, biodiversity and pollution crises at the same time,” said Inger Andersen, Executive Director of the United Nations Environment Program. “Some countries are already designing stimulus packages that include actions for forests, wetlands, soils and green cities. At the UN Biodiversity Summit, we saw a remarkable groundswell of political commitment to nature. But now we must step up on a massive-scale, actions to restore our degraded ecosystems.”

Some countries are already designing packages that include actions for forests, wetlands, soils and green cities. At the UN Biodiversity Summit, we saw a remarkable groundswell of political commitment to nature. But now we must step up on a massive-scale, actions to restore our degraded ecosystems.”
The 10 countries are Kenya, Ethiopia, Pakistan, France, New Zealand, the UK, Finland, Colombia, Ireland and Iceland.

How the 10 countries are seeking to restore nature:

Ethiopia is aiming to plant 5 billion seedlings this year, part of an effort to double its forest cover by 2030. Together with the Economic Commission for Africa, the country has focused on forest restoration as a way to create green jobs, improve the health of its citizens and spur a recovery from COVID-19.

In 2019, Ethiopia set a new world record when over 350 million trees were planted in one day as part of President Abiy Ahmed’s Green Legacy Initiative.
Kenya’s capital, Nairobi, has hired once-destitute families to clean up its parks and waterways, helping many to earn income and get off the streets. City officials are already seeing environmental benefits as 1,200 tons of garbage have been removed and fish are returning to Nairobi River.

Pakistan has hired tens of thousands of people who lost their jobs during COVID-19 lockdowns to plant saplings, including mulberry and acacia trees. The government, which launched the 10 Billion Tree Tsunami program in 2018, exempted the initiative from some lockdown restrictions.

France has devoted about one-third of its €100 billion recovery package is devoted to accelerating the greening of the economy. Alongside investments in clean buildings, industry and transport, are new resources for the “agro-ecological transition” of agriculture. The initiative includes advice, training and tax credits for organic farmers, replanting and restoring hundreds of kilometres of hedges along field boundaries, and support for locally based food systems and urban farming.

New Zealand has earmarked NZ$ 1.1 billion (US$ 750 million) in recovery funds to create up to 11,000 “environmental jobs” in areas like wetland restoration, the revegetation of conservation areas and the protection of riparian zones. There is also funding for efforts to control introduced predators, including rats and stoats, which have decimated native birds, and invasive species of conifer trees.

The United Kingdom plans to invest up to £40 million (US$ 52 million) in a so-called Green Recovery Challenge Fund. It will help environmental groups and public authorities create or safeguard up to 5,000 jobs in nature conservation and restoration, with a focus on tree planting and the rehabilitation of peatlands. The United Kingdom is also developing a system to assess its natural capital to improve its understanding of habitats and provide better guidance for decision making.

Finland’s recovery efforts include a proposal to spend €53 million (US$ 63 million) on recreation areas, water services and forest conservation. An additional €13.1 million (US$ 15.5 million) will be channeled to the rehabilitation of natural habitats, including forests, and the development of nature tourism. These funds are earmarked for state-owned enterprises charged with capturing carbon and protecting biodiversity.

Restoration efforts in Colombia’s recovery plan include reforestation and support for sustainable agriculture. To reverse deforestation and combat climate change, the government aims to plant 180 million trees, some 50 million of which should be in the ground before the end of 2020. The package includes funds to promote agroforestry and agropastoralism, farming techniques that can restore soils and ecosystems. The government also plans to tighten mining regulations to protect the environment.

Iceland has allocated under its stimulus package about ISK 200 million (US$1.5 million) for natural carbon sequestration projects, including the expansion of native birch forests and the restoration of wetlands. Iceland is also pushing ahead with plans to ban the sale of single-use plastics, such as cutlery and food containers, to combat the pollution of marine ecosystems.

Ireland has announced an extra €15 million (US$18 million) to accelerate a program to rehabilitate 33,000 hectares of peatlands degraded by development. The program is designed to increase the area of wetlands for endangered species, such as the grey partridge and marsh fritillary butterfly, and reduce greenhouse gas emissions.

These ten countries would provide an example to other world countries to consider moving towards green recovery from the coronavirus pandemic.