Ford urges other automakers to back California framework on vehicle emissions 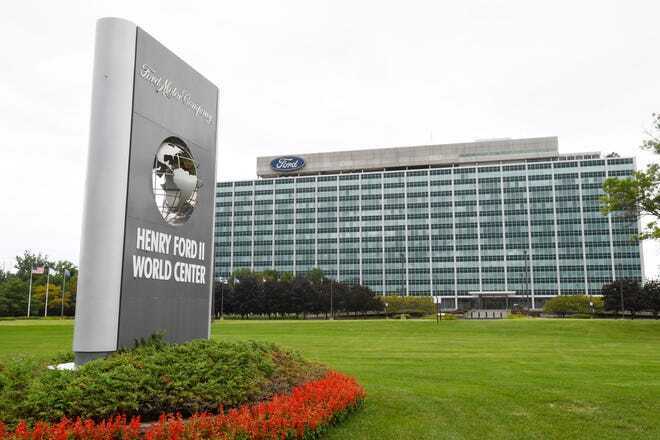 Ford Motor Co. is urging other automakers to support the state of California’s regulatory framework for reducing vehicle emissions, an issue that cleaved the industry into rival camps during President Donald Trump’s administration.

The Dearborn automaker sent a letter to other members of the Alliance for Automotive Innovation, an industry trade group, ahead of a meeting scheduled for Tuesday. The Detroit News obtained a copy of the letter, which was first reported by Reuters.

In 2019, several automakers, including General Motors Co., Toyota Motor Corp., and Fiat Chrysler Automobiles NV, opted to side with the Trump administration in an ongoing legal attempt to stop California from setting its own greenhouse gas emissions and fuel economy standards. In an abrupt about-face last week, GM abandoned the lawsuit, saying its own electric vehicle goals align with California and President-elect Joe Biden.

Ford, Honda Motor Co. and Volkswagen AG had sided with California on an agreement to voluntarily reduce vehicle emissions. Both camps argued their move was more likely to bring about a unified standard for greenhouse gas emissions and fuel economy — a largely agreed-upon goal that would make it easier for automakers to produce vehicles that can be sold in any market across the country.

The letter, signed by Kumar Galhotra, president of Ford’s Americas and international markets group, noted common goals shared by the automakers: “We all favor progressive year-over-year increases, compliance flexibilities and standards that apply uniformly across the industry.” He noted, too, the recent division “into two camps” over how best to achieve those goals.

“The Biden Administration will not let the Trump standards stand, and either by way of litigation and/or a regulatory reboot, the new team will move in a different, more stringent direction. And they will do so with California integrated in the effort, whether that is formal or informal,” Galhotra wrote.

“Understanding that we all bring our own perspectives to the table, we would like to urge companies to actively consider embracing the California framework,” the letter states. “Given the outcome of the election, and the pressing issues that extend beyond fuel economy and the scope of these standards, it would be an enormous value for the industry to be able to pivot quickly and move forward with a single standard.”

“From the beginning we’ve said that our agreement with California is the best path forward for the environment, our customers and the short and long-term health of the auto industry,” Ford spokeswoman Rachel McCleery said in a statement. She declined to comment directly on the letter, but said the automaker’s agreement with California “should be the foundation for new regulations as the Biden administration considers stronger fuel economy standards in 2021.”

Ford CEO Jim Farley, speaking Nov. 13 during a Reuters automotive summit, said: “We have to have a single standard. We’ve lived in the past with multiple standards, and it’s a nightmare for the customers, for the companies.”

The News reached out to GM and FCA for comment Monday but did not immediately hear back. Toyota declined to comment.

The industrywide discussion around uniform standards comes as automakers invest heavily in electrification. Ford has committed to investing $11.5 billion in electric-vehicle development by 2022.

GM has laid out an ambitious EV agenda: the automaker recently announced it will spend $27 billion through 2025 on autonomous and electric vehicle technology, up from the previously-announced $20 billion. It will offer 30 all-electric models globally by mid-decade, and has said its entire lineup will one day be electric as part of its bid to achieve zero emissions.

In announcing its reversal on siding with Trump, CEO Mary Barra said in a statement: “We are confident that the Biden Administration, California, and the U.S. auto industry, which supports 10.3 million jobs, can collaboratively find the pathway that will deliver an all-electric future. To better foster the necessary dialogue, we are immediately withdrawing from the preemption litigation and inviting other automakers to join us.”

While Ford’s letter may on its face be a bid for unity, it may also be “a case of reality,” said Brett Smith, technology director at the Center for Automotive Research. Soon, California regulators and federal regulators will be much more aligned, and “it makes sense to realize the game has changed a little bit and it’s probably worth offering carrots instead of sticks.”

“There are some pretty big challenges ahead in terms of policy,” Smith said. “Being proactive and positive will probably be more effective than being reactive and negative.”

It’s still unclear whether other automakers will follow Ford and other automakers in working with California or GM in dropping out of alignment with the Trump administration. But Smith says Bill Ford Jr., executive chairman of Ford, may be emerging as a leading voice for an industry that has been fractured in recent years.

“It makes sense,” Smith said. “Who is the person in this industry that can make a stand?”

The Sacramento Bee, for one, published an editorial last week making the case that GM is not that voice. The paper lampooned the Detroit automaker for siding with Trump only to abandon him when it was clear a change in administration was ahead, comparing it to one of those jumping from the fading Trump presidency “like rats from a doomed ship.”

L’Oréal is among the five pioneering enterprises that joined the European Union’s Green Consumption Pledge – ...