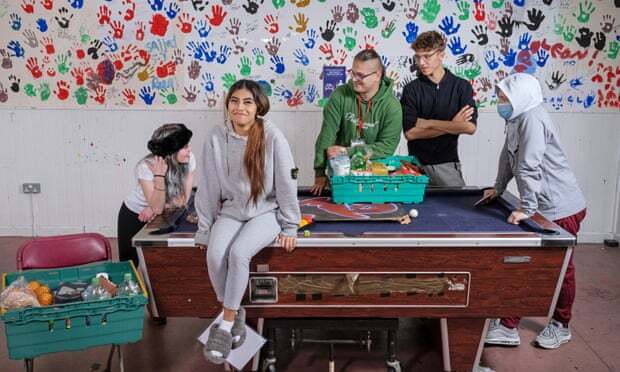 The 2020 Guardian and Observer appeal, which closed last night, has raised £1.4m for three charities supporting disadvantaged young people in communities hardest hit by the pandemic.

The funds will be shared among the charities YoungMinds, Child Poverty Action Group, and UK Youth, which will distribute a portion of its share to grassroots youth projects across the UK.

A last-minute surge of giving over the final weekend – when £130,000 was donated by readers – gave a final boost to the appeal, which has been running since early December. More than 14,700 readers donated.

Katharine Viner, the editor-in-chief of the Guardian, said: “After such a tough year, we decided to make support for young people affected by the pandemic central to our charity appeal, by supporting the work of YoungMinds, UK Youth and Child Poverty Action Group.

“We have been blown away by the incredible levels of engagement from Guardian and Observer readers. Their generous donations will make a real difference to thousands of young people’s lives across the UK.”

The Guardian and Observer annual appeal has raised about £9.5m for charities since 2015, with causes including refugees, youth homelessness, immigration charities that helped expose the Windrush scandal, and environmental protection projects involving tree planting and reforestation. It is the sixth successive year in which readers have raised over £1m.

Alison Garnham, the chief executive of beneficiary the Child Poverty Action Group, said: “It’s uplifting to see readers responding to the appeal with such generosity despite the uncertainty so many of us are feeling about 2021. It’s a real boost knowing that there is such strong support for our work and that of Young Minds and UK Youth.

“As well as remembering this one as the ‘Covid Christmas’ we will also remember it as the one where people took a stand to improve life for the UK’s children and young people.”

Ndidi Okezie, the chief executive of UK Youth, said: “On behalf of UK Youth I want to say a massive thank you to every one of the 14,700 readers who donated to this appeal. It is truly awe-inspiring that in such uncertain times people have been so generous.

“It’s clear that children and young people face many challenges right now, but the response to the appeal demonstrates the belief and knowledge that there is so much more we can do. We will not give up on this generation. Thank you to everyone who has donated so generously.”

Emma Thomas, the chief executive of YoungMinds, said: “We are overwhelmed by the enormous generosity of the Guardian and Observer readers. The importance of this appeal right now for young people’s mental health cannot be underestimated. Your support will help us ensure that no young person feels alone with their mental health at such a difficult time. Thank you to everyone who donated, we are hugely grateful.”