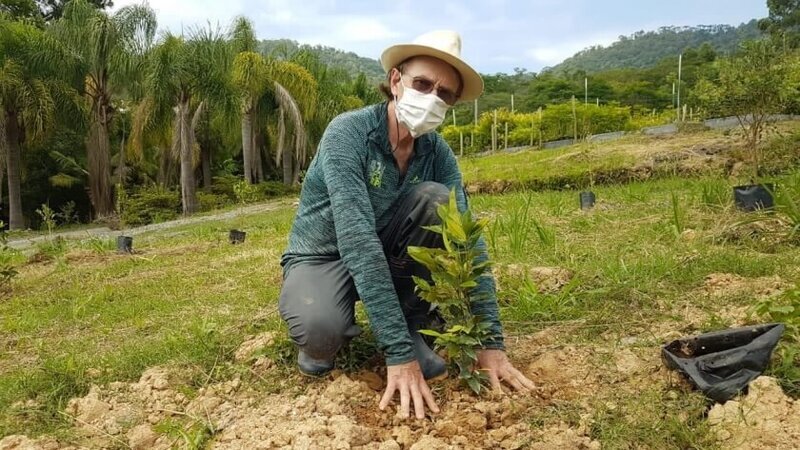 An initiative was launched in Brazil to plant 200,000 trees in memory of the roughly 200,000 lives lost to COVID-19 in the South America state.

The initiative – which was launched in December 2020 – will run until World Environment Day on June 5, 2021.

Bereaved families and civil society organizations, with the support of the Atlantic Forest Biosphere Reserve and the Atlantic Forest Restoration Pact, which include some of Brazil’s most respected restoration scientists, launched the tree-planting, wildlife conservation and restoration drive to honor the memories of those who have lost their lives to COVID-19 and to thank health workers. The Pact is helping restoration efforts across 17 states in Brazil.

The United Nations Environment Program (UNEP) is helping the Remembrance Forests campaign to raise its profile and visibility in line with the UN Decade on Ecosystem Restoration 2021-2030. Among other things, it will be engaging with civil society organizations to ensure that the native tree seedlings are properly nurtured to maturity.

“This action is very meaningful due to the fact that trees are life and a connection with mother nature,” says Rafael da Silva de Lima from São Paulo whose father, Reginaldo Alves de Lima, and cousin, Edna Maria de Almeida, were victims of the virus.

Initially, the plan was to plant 6,500 trees on a four-hectare site in Rio de Janeiro State, which is also the habitat of a tiny endangered monkey called the golden lion tamarin. The monkey is found only in the Atlantic Coastal Forest in southeastern Brazil. The Associação Mico-Leão-Dourado (AMLD), a non-governmental organization, is preparing the site.

Later on, more than a dozen sites in the Atlantic Forest Biosphere Reserve and in Pontal do Paranapanema, in the western part of São Paulo State, will be planted by APOENA, a civil society organization that works on restoring riparian forests in the Parana river basin.

“This is a great initiative because it shows multiple dimensions of restoration – namely that restoration is about healing our relationship with nature and at the same time it’s a healing experience for ourselves,” said Tim Christophersen, head of UNEP’s Nature for Climate Branch. “It’s not just about planting trees for carbon benefits.”