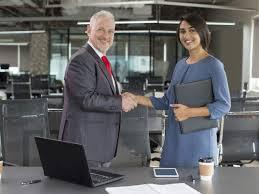 According to a new study, married chief executive officers (CEOs) are more concerned about their employees’ well-being and are more accepting of diverse employees compared to their non-married peers.

The study, led by the University of Connecticut and University of Saskatchewan, was published in the Journal of Corporate Finance.

After controlling for a wide range of firm characteristics and CEO attributed, firms led by married CEOs were found to score higher on a popular corporate social responsibility (CSR) index.

“We were able to build on social-science studies that found that married life is a catalyst for nourishing pro-social values and preferences among family members,” Hegde said.

The authors found that while unmarried CEOs do not ignore corporate social responsibility codes and standards, they show less commitment than their married peers.

The researchers say that firms led by married CEOs are more likely to support hiring and promotion of women, minorities, and disabled employees, as well as advancing gay and lesbian policies.

“We found a significant drop in average corporate social responsibility results when a company transitioned from a married to an unmarried CEO,’’ Hegde said.

“Although based on a small number of observations, this test further isolates the influence of CEO marriage transitions from other types of CEO turnover, and helps strengthen our claim about a robust link between CEO marriage and corporate social responsibility.’’

“The right CEO can not only solve many problems but also contribute to a better society.’’ “Obviously a company cannot discriminate based on marital status, when hiring a CEO or anyone else,’’ Hegde added.

“But if you take the best leadership talent and select an unmarried CEO, executives and board members might consider a custom training program to better equip the top leader with a stronger, socially responsible perspective.”