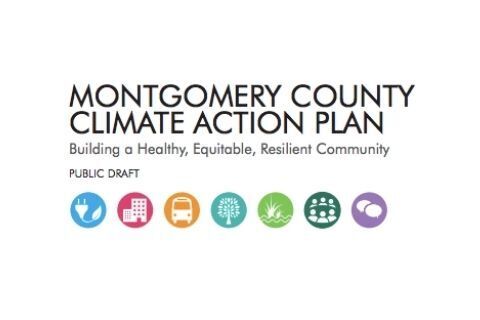 To help fight climate change, Montgomery County, Maryland has set a goal to reduce the locality’s greenhouse gas emissions completely in the next 15 years.

Marc Elrich, Montgomery County’s executive, wrote in the draft’s opening letter that the benchmarks it is shooting for “are among the most ambitious in the country and the
world”  — with the state of Maryland shooting to reduce its greenhouse gas emissions by 50% during that same time period.

How exactly the county plans to pull this off will require a complete overhaul of how energy is delivered and consumed by its residents.

Converting the electricity grid to clean energy, or decarbonizing it, will be a significant driver of change during the first 10 years of the plan.

That means prioritizing renewable resources — as opposed to the county’s current mix of burning fossil fuels or using nuclear energy — to produce electricity.

The plan did say that if there is a premium associated with using renewable sources, the county will find a way to offset those costs for lower income populations in the interest of equity.

A clean energy grid will be followed by a goal of converting all public and private forms of transportation to zero emissions power sources, according to the plan.

And opting for more walking, bicycling and public transit instead of private vehicle use are key components to reaching these goals too.

As Elrich laid out in the plan’s opening letter, climate change affects less-fortunate groups more severely, in what is termed the “climate gap.”

That includes people of color and low-income communities, which is why racial equity and social justice are key objectives of the Climate Action Plan.

“We cannot address climate change without recognizing its disproportionate impacts on certain segments of our population,” Elrich wrote.

“We cannot mobilize community members to reduce emissions if they are overwhelmed by COVID-19, and we cannot rebuild our economy without considering both racial equity and climate change.”