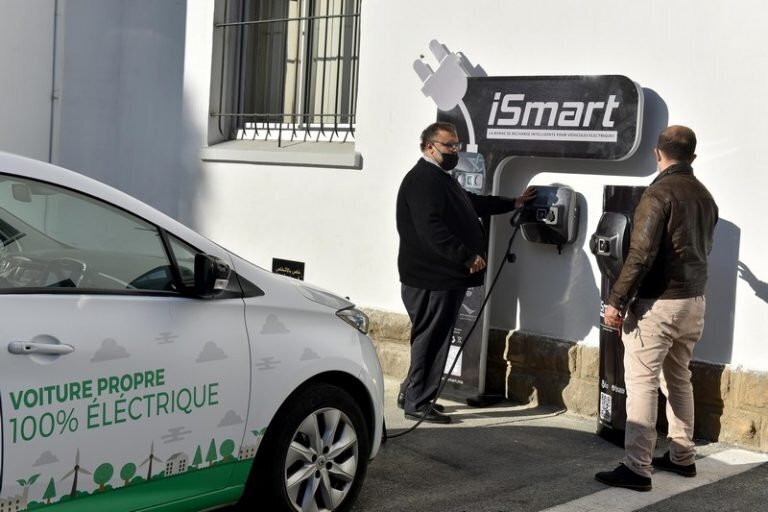 At a press conference on Monday, Minister of Industry, Investment, Trade and Digital Economy Hafid Elalamy said “ISmart” charger is the fruit of a developed research of the “Green Energy Park” with the framework of efforts to cope with automobile industry development.

Moroccan engineers from the Research Institute for Solar Energy and New Energies (IRESEN) and the Mohammed VI Polytechnic University (UM6P) contributed to the development of the smart charger; an effort which was backed by the ministries of trade and energy.

Elalamy said the the automobile sector is witnessing a remarkable change with the world shifting to the use of electric cars to curb greenhouse gas emissions and combat climate change.

“ISmart” is a new generation of smart chargers for professional and household usage, he said, noting that it mainly targets the Moroccan market.

He noted that a factory for producing this new generation of smart chargers will be given the go-ahead in 2022 with the support of the Moroccan Ministry of Industry, Investment, Trade and Digital Economy.

The factory’s capacity is expected to reach 5,000 chargers annually, he added.

The IRESEN director general said the price of ISmart charger will range between 700 to 900 dollars, adding that t this will promote its competitiveness at the international level.