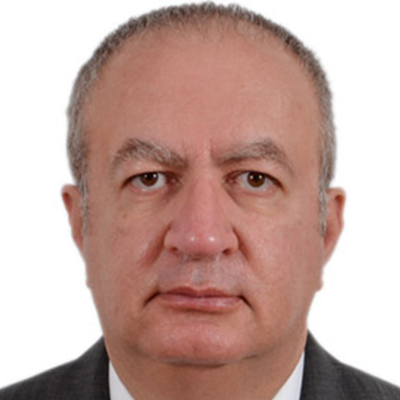 Dr. Sameh Eltorgoman The Founder and Managing Partner of Torgoman & Khouly Law Firm, a firm based in Cairo, Egypt specialized in Arbitration, Corporate, and International Law. The Founder and Chairman of ETPA ADVISORS Inc, a firm based in Toronto, Canada specialized in facilitating strategic investment between the Middle East and Canada (North America) capitalizing on the competitive advantage of both regions, the Firm assist its clients in identifying the proper strategic partner and building a global strategy for growth. He was the Chairman of the Egyptian Competition Authority (ECA) [2010—2011]. Under his leadership he worked on articulating a strategy for ECA to play an effective role in enhancing competition and investment environment in Egypt. In addition, he led the ECA team in the Organization for Economic Co-operation and Development (OECD) peer review assessment in June 2011 and as a result the ECA maintained the observer membership status in the OECD Competition Committee. Dr. Torgoman was the Chairman of Obelisk Asset Management and the Co-Founder of Obelisk Group [2006—2010]. As the Chairman, he set the strategic growth plan and culture of the company as well as establishing the newly acquired portfolio fund firm. He was able to complete and obtain a significant market share in an already established and saturated market place. He played the key role of the management of the organization providing leadership, management, and strategic-level thinking as well as having the necessary vision to ensure that the company follows the proper procedures and having the appropriate staff and systems in place to ensure compliance, effectively grow organization, and ensure operating efficiency. He was the Founder and Chairman of Tamweel Mortgage Finance [2006—2008]. He was responsible for setting the necessary requirements for mortgage loans to facilitate the process of securitization. With Dr. Torgoman’s dynamic leadership, entrepreneurial Skills and management incantations combined with his extended vision of the market dynamics, he was able to introduce new products to the capital market which affect the development and progress of the company. Dr. Torgoman was appointed Chairman of the Egyptian Mortgage Finance Authority (MFA) [2004—2005]. He developed a strategic plan for the overall development of the mortgage market now being implemented by the MFA. He was the former Chairman of the Cairo and Alexandria Stock Exchange (CASE) [1998—2004]. During his eight year tenure at CASE, Dr. Torgoman led an overhaul of the exchange to build a world class infrastructure and revitalize the Egyptian stock market. Successful initiatives included the modernization of the trading systems of the exchange, the establishment of the new membership and listing rules, the development of the new clearing and settlement procedures, the introduction of new products in the market (such as the OTC market and Bonds market), as well as the development of the legal and compliance systems of the market. Dr. Torgoman was a board member in multiple financial institutions including: – Arabian Opportunities Fund (AOF),Audi Capital Asset Management Co., Kingdom of Saudi Arabia [2008-2015]. – Advisory Board of ROBECO Middle East, Bahrain [2007-2009]. – Board Member of Dubai International Foreign Exchange (DIFX) in Dubai [2005-2008]. – Member of the Egyptian Judicial System [1984-1997]. He holds a doctorate from Stanford Law School, Stanford University in 1997 and an LLM from Harvard Law School, Harvard University in 1990. He graduated from Faculty of Law, Cairo University in 1982.