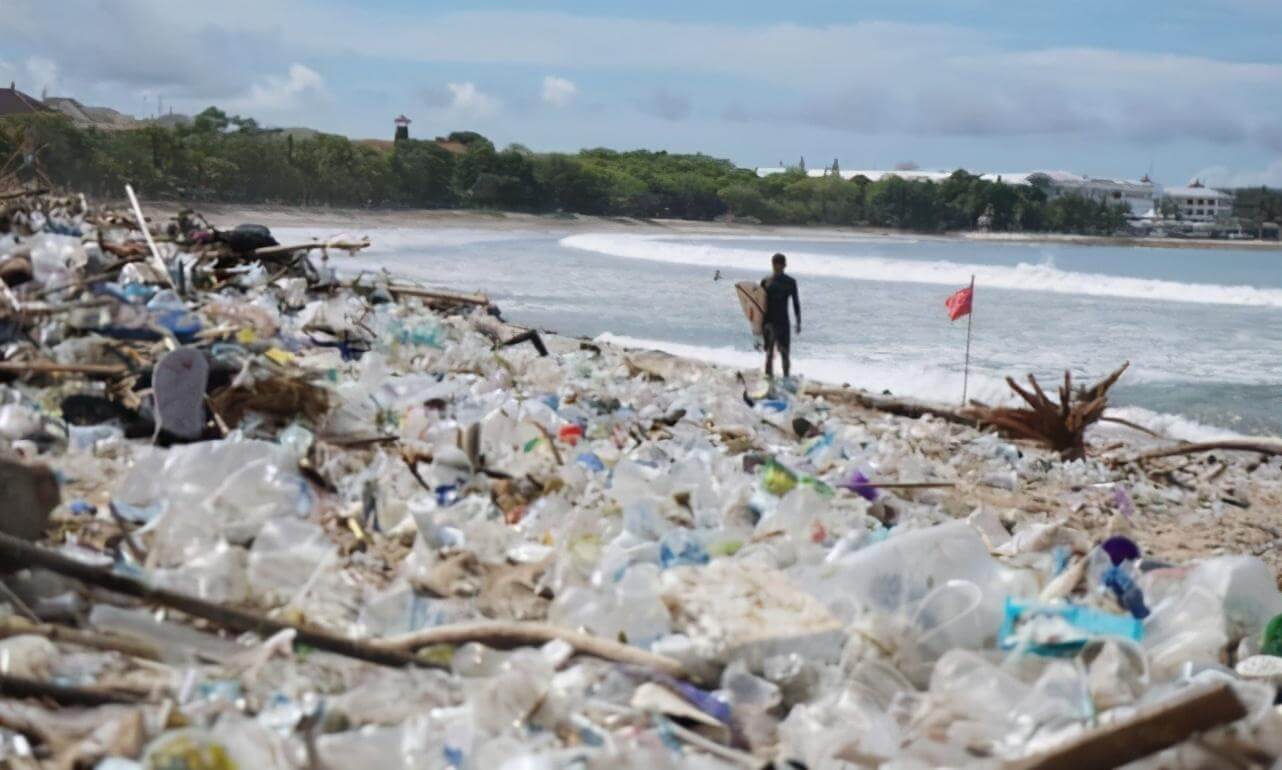 By CNN - -
Tons of trash have washed onto Bali’s famous Kuta Beach, prompting locals to spend the first day of the new year staging a cleanup.
Residents from the Badung area on the Indonesian island cleared 30 tons of marine debris from the beach, according to the state-run Antara news agency.
“Some 70% of the marine debris is plastic waste,” Colonel Made Mahaparta from the Udayana Regional Military Command told Antara.
The trash was reportedly loaded onto trucks and transported to a landfill site.
Plastic trash and other marine debris washes onto Kuta Beach every year during the monsoon season, said Badung’s head of the Environment Office, Wayan Puja, Antara reported. The official blamed the problem on garbage mismanagement.
Plastic pollution is a serious issue in Indonesia. In November 2018, a dead whale was found near Kapota Island in Wakatobi National Park, near Sulawesi, with 13.2 pounds (6 kg) of plastic waste in its stomach.
In April, the Indonesian government launched a plan to dramatically reduce plastic waste in the country, Antara reported. It plans to cut ocean plastic waste by 70% by 2025, and go plastic pollution free by 2040.

Though Kuta Beach faces the issue annually, unlike past years, far fewer travelers are around to see it at the moment. Like many popular destinations, Bali has been hit hard by the Covid-19 pandemic and remains closed to international tourists.

During an interview in August 2020, Tjokorda Oka Artha Ardana Sukawati, Bali’s vice-governor and former chair of the island’s hotel and restaurant association, told CNN Travel that reopening is critical to the island’s economy.
“The Covid-19 pandemic is the most devastating disaster for Bali tourism,” he said. “It is much worse than the Bali bombings, both the first and the second, and worse than all the Mount Agung eruptions combined.”