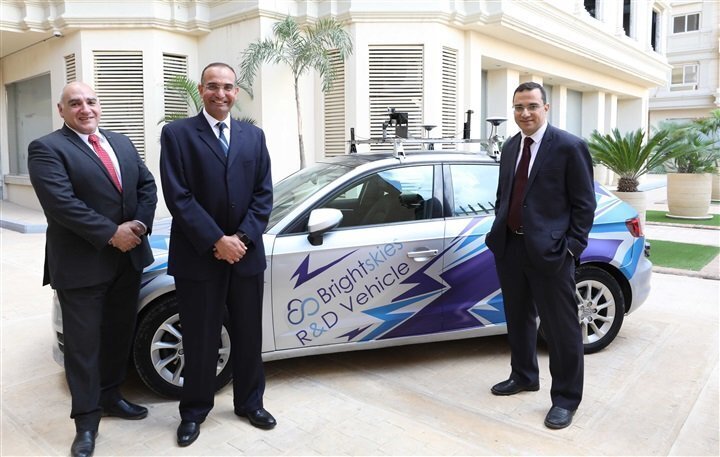 Brightskies – an Egyptian company specialized in the technological domain seeking to promote digital transformation – said an IT team managed to develop the first Egyptian self-driving car system under which the car will be fully dominated by the self-driving system on highways without any interference of the driver.

The self-driving system depends on up-to-date technology for detecting any mobile objects around the car.

Moreover, the car with the sensors on its body can avoid obstacles by moving among different road lanes in addition to activating brakes for any emergency to stave off accidents.

“Bright Drive” is at the end of the first stage concerning research and development of the system. The company is now working with the government to issue license and get permission for testing the system on the ground under the second stage.

Brightskies CEO Khaed el Amrawi said “Bright Drive” system underlines the capabilities of Egyptians and how far they can join the cut-throat international competition in the technological score.

The goal of “Bright Drive” is to mark a breakthrough in autonomous car systems in order to develop the transportation industry at the local and international level, he said, highlighting the importance of honing skills of engineers in the field of driveless car technology.

Amrawi hailed “Bright Drive” as marking leap in the field of research and car development in Egypt.

Brightskies had joined hands with Silicon Valley to accomplish the first stage of “Bright Drive”, he said, noting that a car – that was tested for one year for using the Egyptian self-driving system – recorded zero accidents in the technological zone in Alexandria’s Borg el Arab.

The driveless car was tested for the usual drive hours and had successfully undergone the traditional drive test.

“Bright Drive” is a watershed stage in cars manufacturing in Egypt as it can turn the auto-industry in Egypt from just assembling and manufacturing solid parts of cars to developing smart systems.

It is worth mentioning that Brightskies was set up in 2012 with over 130 innovative programming engineers. The company sought to realize a breakthrough in the digitalization domain, not only in the cars sector, but also in the fields of petroleum, gas, retails, education, banks and communications.