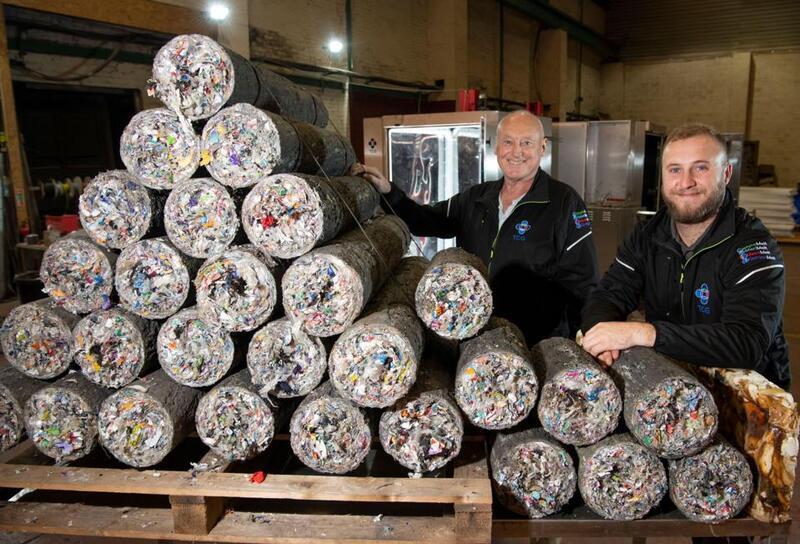 The Covid-19 pandemic has created a mountain of plastic waste, as healthcare workers don new personal protective equipment every day in the fight against the disease.

The U.K. government alone has sent out more than a billion type IIR masks—the kind most commonly used in healthcare settings—to providers since the start of the pandemic.

These single-use masks are largely made from plastic, which can take hundreds of years to break down. This is a serious blow to a health service which just last year launched a national drive towards sustainability, committing to reduce its use of single-use plastics and cut its carbon emissions.

But some providers think they’ve found a solution to this growing problem. Organisations including the Royal Cornwall Hospitals Trust are recycling their disposable masks into material that can be used to make new products like bottles, bins and furniture.

Previously, these masks would have been destined for incineration, releasing carbon dioxide and other harmful emissions into the atmosphere.

Behind this technology is a Cardiff-based firm Thermal Compaction Group (TCG), who have so far sold their patented “Sterimelt” devices to seven hospital trusts in England. These devices heat polypropylene plastic to up to 350 degrees Celsius and compress it into rectangular blocks that can be sold and converted into pellets for new plastic products.

Although the firm doesn’t currently recommend using its machines to deal with contaminated waste, the heat of the devices mean the blocks come out in a near-sterile state.

As well as recycling plastic, the technology can significantly impact trusts’ carbon emissions, reducing the volume of waste that needs to be transported off-site. The firm estimates that for every 10,000 kilograms of waste processed through Sterimelt, hospital trusts will save 7,500 kilograms of carbon dioxide emissions.

“We hope this will be a real game changer in the way tackle single use PPE, not only for us here in Cornwall but across the UK and beyond,” Royal Cornwall’s care group general manager Roz Davies recently said in a press release. “The use of masks has grown extraordinarily this year but now we have the option to recycle them, as well as other items such as theatre wraps and gowns.”

TCG, who have been refining their technology since 2003, say interest has ballooned in recent years. CEO Philip Davison-Sebry told me: “When you’ve got the likes of David Attenborough highlighting the potential crises around the world with global warming, it brings a lot of the issues that we’ve been aware of for many, many years to the frontline.”

Although TCG’s technology is in a relatively small number of organisations at present, the firm has high hopes for its widespread adoption in the country’s health service and further afield. Chief sustainability officer Thomas Davison-Sebry told me: “We’ve just exported one of our units into the Netherlands—our first export for Sterimelt—and we’ve had enquiries from Australia, New Zealand, Canada, South Africa. We even just had one recently in Hawaii.”

The firm recently struck a six-figure deal with the U.S. Navy for a similar thermal compaction device called Massmelt, which converts predominantly plastic waste into logs which can be granulated and turned into new products. With new regulations restricting the waste ships can deposit into the ocean, the firm believes demand will only grow for their device, which they hope to eventually licence for manufacture in the U.S.

Thomas Davison-Sebry told me: “People are more likely to show a duty of care because they have a responsibility for their waste. The times are changing and I think it’s moving in the right direction.”

Looking further into the future, the TCG team think their Sterimelt tech and other similar devices will eventually be used to create truly circular economies within hospitals, where waste is converted into material that can be 3D-printed into medical equipment.

Thomas Davison-Sebry said: “At the moment we appreciate the market isn’t quite there yet for 3D printing, but it may be one day. And if we can help move that along, and again bring things in-house more, such as the hospitals maybe one day being able to 3D print plaster casts…that would be a very nice solution to help achieve as well.”

For now, the firm is happy to be making a dent, however small, in the mountain of plastic waste that’s accumulated over the last year. Thomas Davison-Sebry told me: “Covid-19 has actually highlighted a lot of these issues. Masks, for example, are classed as single-use disposable products. Now that is no longer the case. There is a solution to it, and it’s one that can be placed on site and at source for a completely circular economy.”