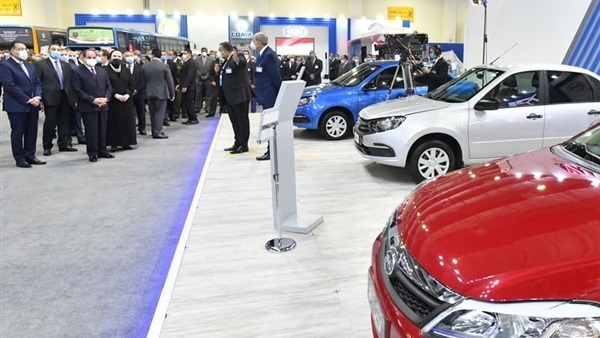 Egypt launched its first exhibition for the vehicles’ clean energy conversion and replacement technologies within the framework of the national initiative for turning vehicles to operate by natural gas.

The exhibition is meant to spread awareness about the economic and environmental benefits of turning vehicles to operate by natural gas, topped by saving hard currency and cutting greenhouse gas emissions.

She noted that the state bears about EGP 47 billion annually due to these greenhouse gas emissions, adding that the ministry would continue spreading awareness about the importance of sustainable transportation.

Within this context, Central Bank of Egypt (CBE) Governor Tareq Amr said about EGP 5.330 billion was allocated for establishing 287 natural gas fuel stations, noting that the state is planning to set up 1,000 stations.

Amer said the three-pronged national initiative for replacing and converting vehicles to operate with natural aims at spreading and financing bi-fuel vehicles, bankrolling the establishment of natural gas fuel stations and supporting the private industrial sector.

About EGP 15 billion will be secured for funding the first stage of the initiative, he said, noting that three stages will cost up to EGP 60 billion.

The president referred to the financial facilities offered by the state to citizens to implement the initiative.

Serving the presidential initiative, the Export Development Fund of the Trade and Industry Ministry signed a memorandum of understanding with Nissan Motor Egypt with an aim to promote exports of locally manufactured vehicles.

The Micro, Small and Medium Enterprises Development Agency (MSMEDA) signed two cooperation protocols with the Natural Gas Vehicles Company (Car Gas) and the Egyptian International Gas Technology (Gastec) at EGP 100 million each within the framework of efforts to put into effect the presidential initiative.

As the world is working on a plan to realize zero emissions and zero accidents, Transport Minister Kamel Wazir highlighted the ministry’s efforts to support sustainable and smart transportation.

The World Bank today approved a re-allocation of $34 million under the existing Lebanon Health Resilience ...