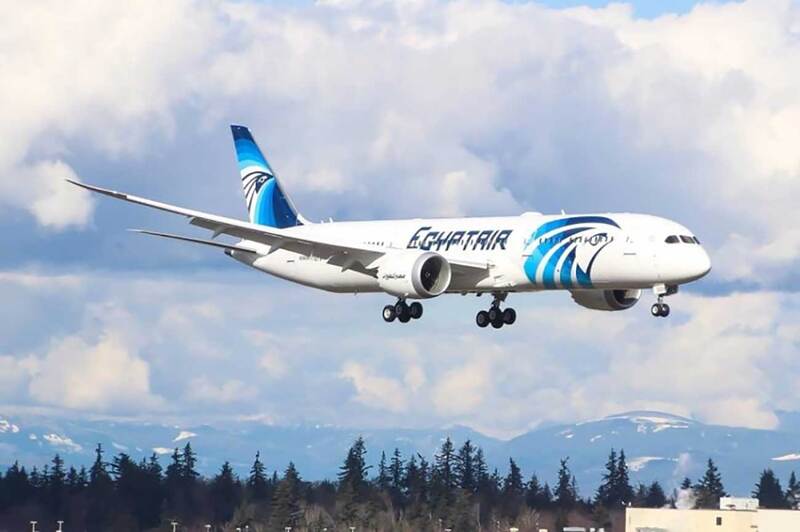 EgyptAir launched the first trial flight with eco-friendly products and services in Africa.

Civil Aviation Minister Mohamed Manar flied the Boeing 787 Dreamliner plane which headed towards Paris with 219 passengers on board.

The MS799 flight coincides the 92nd anniversary of the Civil Aviation Day, which falls on January 26.

Manar said the Civil Aviation Ministry’s strategy focuses in the environmental dimension in accordance with directives of the political leadership.

Egypt has been giving due attention at international forums to the importance of confronting climate change and putting into effect Egypt Vision 2030.

Manar said the success of the first green flight of the national flag carrier will pave the ground for generalizing it.

He added that this goes in line with the ministry’s plan to confront the repercussions of climate change through a sustainable and integrated environmental system.

Meanwhile, EgyptAir Holding company Chairman Amr Aboul Enein – who will fly the plane in the return journey – said the company plans to make all its future flights eco-friendly.

This underlines that EgyptAir plays a pioneering role in the aviation domain as it is the first aviation company to be set up in Africa and the Middle East  and the seventh in the world, he said, noting that that the company has been established 90 years ago.

EgyptAir seeks that 2022 will mark the launch of several sustainable development initiatives, he said, adding that the company has laid down a timetable for all flights to Africa to be green by 2025.

The company plans to reduce use of virgin plastics on board of its flights by 90 percent, he said, noting that the company will replace 27 single-use plastic products used on board of flights with eco-friendly products.

Cairo University won the first place of the UNICEF-Enactus Social Innovation Competition for its project ...

The Food and Agriculture Organization of the United Nations (FAO) has highlighted the need for ...

Marvel Studios’ Moon Knight, on Disney+, also had a dedicated sustainability department that was able ...