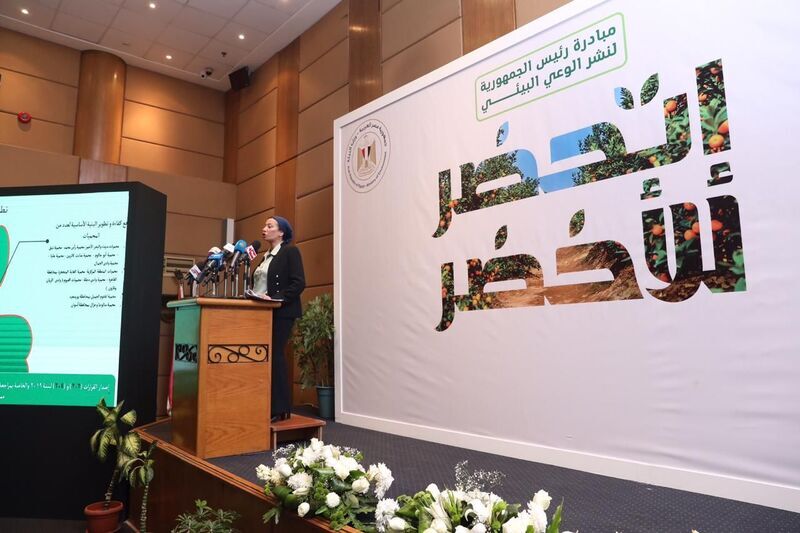 Egyptian Environment Minister Yasmine Fouad spearheaded the initiative – under the patronage of President Abdel Fattah El Sisi –  during the 2020 celebrations of the national environment day.

Objectives of the initiative:

The three-year initiative aims mainly at spreading awareness among people about the importance of changing their attitudes to save the environment.

The initiative was first mooted in 2019 and was launched after preparing needed strategy for implementing it.

The several-stage initiative is meant to address 36 environmental issues. It will raise a different slogan every month according to the issue it is addressing, like ditching plastic waste, deforestation and cutting greenhouse gas emissions.

It also aims to incentivize youths to protect the environment and natural resources, especially curbing air pollution in order to attain Egypt’s strategic goal to reduce air pollution caused by solid particles by 50 percent in 2030.

The initiative also aims at promoting the Egyptian economy, boosting competitiveness and creating jobs in addition to supporting Egypt to fulfill its regional and international undertakings under international conventions in order to achieve sustainability in using natural resources.

The initiative started with planting trees in Triump district in Cairo’s Heliopolis with the participation of a number of non-governmental organizations.

The Environment Ministry signed a cooperation protocol with the Higher Education Ministry to amalgamate the environmental issues into the educational curricula.

The first stage of the initiative targets four Egyptian universities in addition to securing about 102 stations for assessing the quality of air.

The initiative will be carried out in several governorates.

The initiative will also expand to include schools under ongoing cooperation with the Education Ministry. The initial stages will include Cairo, Giza, Assiut, Qena, Kafr El Sheikh and Gharbiya.

Within the framework of the initiative, the Environment Ministry also organized a symposium under the theme of “plant a tree” in the Upper Egypt governorate of Qena.

The symposium is meant to sensitize about 60 rural women about the initiative and their role in protecting the environment and natural resources, especially water and energy consumption at their homes.

The symposium also posted women on the importance of planting trees to cut greenhouse emissions.

The FRA is preparing green bonds guidelines in Egypt  in order to promote the emergence of the Green Bonds market.

Egypt has been exerting strenuous efforts to attain the Sustainable Development Goals. This is not the first initiative to be launched within the framework of SDGs. Egypt has also launched several key health initiatives nationwide, including combating breast cancer and Hepatitis Virus C.