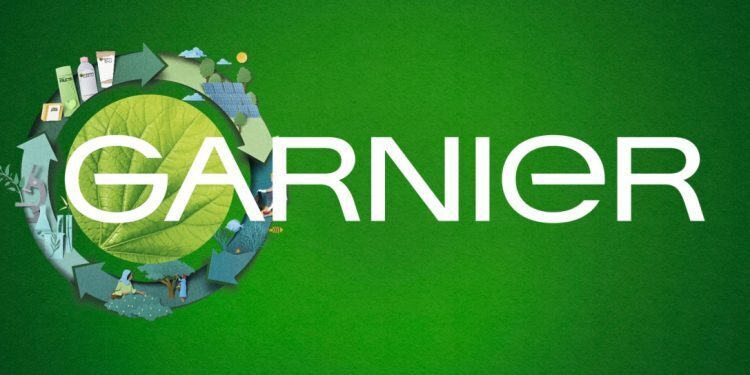 Garnier – which is one of L’Oréal brands – aims to use zero virgin plastic in packaging and become carbon neutral by 2025 in accordance with the Sustainable Development Goals (SDGs).

By 2025, all Garnier’s packaging will also be either reusable, recylable or compostable within the framework of the company’s Green Beauty initiative. This would save 37,000 tons of plastic per year.

Garnier has partnered two  NGO’s – Ocean Conservancy and Plastics For Change – to help improve both environmental and social impact of plastic pollution.

To make a positive impact environmentally, Garnier has  partnered with Ocean Conservancy, an NGO working to turn the tide on ocean plastic for more than 30 years. As part of this, Garnier will be participating in Ocean Conservancy’s annual International Coastal Clean-up, the world’s largest single day volunteer effort to fight ocean plastic.

On September 21st 2019, Garnier teams worldwide proudly joined Ocean Conservancy for its International Coastal Cleanup Day, to fight ocean plastic. Together, 6 tons of waste were cleared from beaches and waterways around the globe.

Garnier is also partnering with the NGO Plastics for Change to help fight the social impact of plastic pollution. Plastics for Change (PFC) is a for-profit business that works with its non-profit entity, The PFC Foundation, to bring price stability and access to the global market for waste pickers. Its mission is to help transform discarded plastics into a resource for positive change.

Garnier joined forces with Plastics For Change to support the holistic development of waste-picker communities and prevent ocean bound plastic in India.

These efforts led to Garnier’s reduction of its carbon footprint by 72 percent from 2005-2019. Its goal is that all its industrial sites would become carbon neutral by 2025. It will do that by harnessing technologies best suited to each site, including biomenthanization, solar panels, biomass and wind energy.

Garnier is seeking to get all its industrial sites 100 percent carbon neutral through depending only on renewable energy.

Garnier is also re-thinking water use across its sites in order to significantly reduce its industrial water consumption. Garnier already has three “waterloop” factories, where 100% of industrial water use (for cleaning and cooling, for example) is re-treated, recycled or reused water. It no longer needs fresh water for these processes.

By treating and reusing high quality water in an internal loop, Garnier is able to reduce its water consumption and the factory’s environmental impact.  Its three “waterloop” factories saved more than 8 million litres of water in 2019 compared to 2018, and inspired many other factories worldwide.

Garnier is striving for 100 percent of its renewable ingredients to be sourced sustainably by 2022.

Garnier is fully committed to protecting biodiversity and the planet by leveraging green science to offer our consumers the same high performance while ensuring that every Garnier product is more sustainable.

Today, more than half of Garnier’s ingredients come from renewable sources, and by 2025, it aims for 100 percent of its renewable ingredients to be sustainably sourced.

Garnier has developed new 98 percent natural origin formulas and it was the first to bring Organic skincare, certified by the Soil Association, to the mass market.

In 2020, Garnier broke new ground by sharing the environmental and social impact of its products through ambitious new environmental labeling.

It sources more of its natural ingredients sustainably every day, with natural origin formulas in all its product categories, including its skincare range; Garnier Organic.

It has improved the sustainability performance of its factories. Garnier’s Green Beauty initiative will enable it to make further progress by taking an end-to-end approach to sustainability. This involves commitments to improve its products’ impacts throughout their lifecycle, helping to preserve natural resources, harness clean energy and prevent waste.

WB to extend $6.5 m to help poor students in Bangladesh