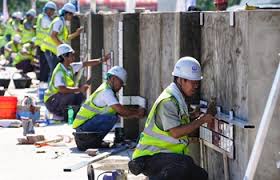 Many Kenyans have hailed the corporate social responsibilities (CSR) activities undertaken by Chinese firms operating in the eastern African nation, according to the Chinese news agency Xinhua.

Chinese firms have recognized the important roles played by stakeholders and local communities in the areas where they operate.

In the past two decades, the number of Chinese firms in Kenya has increased, buoyed by rising bilateral ties.

The 25 year old Mudaki credits the Chinese technology firm Huawei for fulfilling her dream of becoming a cyber security professional. Huawei provided her with a golden opportunity to pursue a career in science.

Mudaki was selected to be an intern at Huawei Nairobi offices for a period of two months under the company’s key CSR program, Seeds for the Future.

Due to her excellent performance during the internship, she was selected to undergo a two weeks training at Huawei global headquarters in Shenzhen, China.

Mudaki told Xinhua on Tuesday during the launch of the second social responsibility report by Kenya China Economic and Trade Association (KCETA) that she was offered a job at Huawei in April 2017, one month before she graduated with a bachelor of science in computer science security.

She added that Huawei has a positive work environment that promotes shared learning among employees.

“The company gives everyone an opportunity to grow their career according to their talents, capabilities and skills,” she noted.

Data from the embassy of China in Kenya shows there are currently more than 400 Chinese businesses operating in Kenya, creating nearly 130,000 jobs for local people.

Newton Milimu, is also full of praise for the social activities for Chinese firms in Kenya.

The 26 year old young man completed his diploma in mechanical engineering in western Kenya in 2018. He was selected to join the Africa Tech Challenge (ATC) cohort in 2018, which is a CSR project of Chinese firm AVIC International.

He observed that during the 45 day training at ATC, his proficiency in numerical machines and programming of machines was vastly improved due to access to modern Chinese equipment and trainers.

Milimu, who currently works as an assistant engineer at AVIC International said that Chinese firms in Kenya are always committed to ensure that they support the local communities in which they operate in.

Leonard Mpoke , has also benefited from CSR activities of Chinese firms in Kenya.

The middle-aged man who is the personal assistant to the managing director at Chinese ceramic firm KEDA Ceramics revealed that Chinese firms are always keen to enhance the welfare of their employees.

“Chinese companies value the input of their workers because it is the right thing to do,” he added.

Mpoke was among the 55 outstanding Kenyan employees from over 20 KCETA member enterprises who won a free trip to China in 2019.