Shifting to wood in construction to halve CO2 emissions 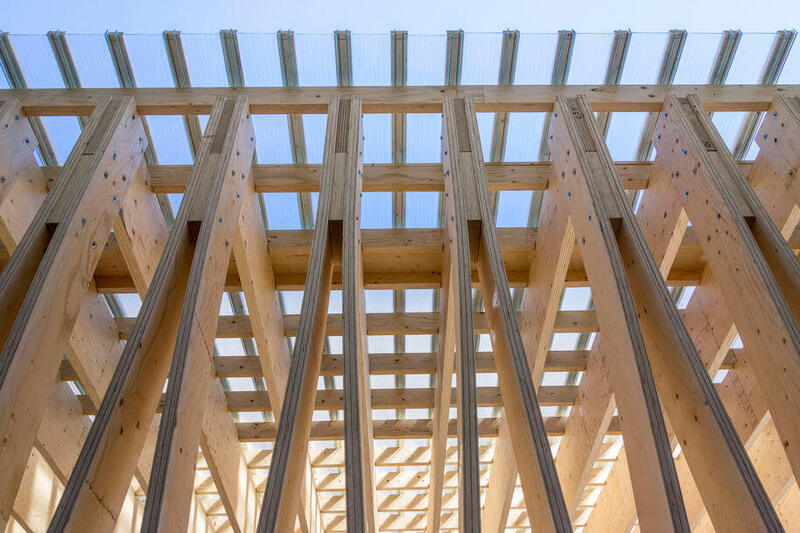 Shifting to use wood as a construction process will almost halve greenhouse gas emissions, according to a recent study by researchers at Aalto University and the Finnish Environment Institute.

Buildings create a whopping one-third of global greenhouse gas emissions – that’s about ten times more than air traffic worldwide. In Europe alone about 190 million square meters of housing space are built each year, mainly in the cities, and the amount is growing quickly at the rate of nearly one percent a year, the University .

The study shows that shifting to wood as a building construction material would significantly reduce the environmental impact of building construction. The results show that if 80 percent of new residential buildings in Europe were made of wood, and wood were used in the structures, cladding, surfaces, and furnishings of houses, all together the buildings would store 55 million tons of carbon dioxide a year. That’s equivalent to about 47 percent of the annual emissions of Europe’s cement industry.

‘This is the first time that the carbon storage potential of wooden building construction has been evaluated on the European level, in different scenarios,’ explains Ali Amiri, who is completing his doctorate at Aalto University. ‘We hope that our model could be used as roadmap to increase wooden construction in Europe.’

The study is based on an extensive analysis of the literature. Drawing on 50 case studies, the researchers divided buildings into three groups according to how much wood they use – and, as a consequence, how much carbon dioxide they store.

The group with the least amount of wood stored 100 kg of carbon dioxide per square meter, the middle group stored 200 kg, and the group with the greatest amount of wood stored 300 kg per square meter (CO2 kg m2). The potential carbon storage capacity was not generally related to building or wood type, or even its size; rather, capacity is based on the number and volume of wood used as building components, from beams and columns to walls and finishings.

The researchers also looked at how Europe could achieve the tremendous cut by modeling a path for reaching the level of 55 million tons per year by 2040. If say, in 2020, 10 percent of new residential buildings were made of wood each storing 100 CO2 kg m2, the share of wood-built buildings would need to grow steadily to 80 percent by 2040. At the same time the scenario demands a shift to wooden buildings that store even more carbon dioxide, with more buildings falling into the 200 CO2 kg m2-storage group, and eventually the 300 CO2 kg m2-storage group.

Energy efficiency is the most frequently used instrument for measuring the environmental impact of buildings. However, energy efficiency requires more insulation, efficient recovery of heat, and better windows. In fact, about half of the carbon footprint of zero-energy houses occurs before anyone has even lived in them.

When the energy used in housing comes increasingly from renewable sources, the significance of the construction phase of the building’s total environmental impact grows even more.

‘Certificates for green buildings used around the world, such as LEED and BREEAM, could better take the climate benefits of wood construction into account. So far, they are strongly focused on how energy is consumed during use,’ Amiri says.

‘Wood construction is sustainable only if the wood comes from forests that are grown in a sustainable manner. Shifting from short-lived products, like paper, to products with a long life-cycle, like wooden construction materials, would help minimize the impact on European forests and the crucial carbon sinks they hold,’ says postdoctoral researcher Juudit Ottelin.