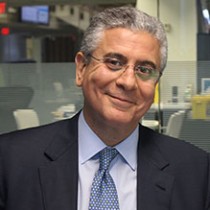 “The collective implementation of the Vision for Economic Modernization—by the Government, the private sector, and the Jordanian people, with the support of Jordan’s international partners —offers the opportunity to reimagine the Kingdom’s economy in the face of climate change and turn a formidable challenge into a great opportunity for development progress,” he said.

The World Bank Group launched today the Jordan Country Climate and Development Report (CCDR) in partnership with the Government of Jordan in a public event held at the Jordan Museum in Amman and attended by representatives of the public sector, the private sector, academia and research organizations, international partners, and the media.

The Jordan CCDR offers an evidence-based assessment of climate responsive policy and investment pathways that can unleash the country’s economic potential and improve outcomes for the people of Jordan—including integrated solutions for the water-energy-food security nexus, for low-carbon and resilient cities, and to unlock financing for climate-responsive development and job creation. The report supports actions under Jordan’s 10-year Vision for Economic Modernization which places sustainable practices and green investment at the core of the Kingdom’s future economic growth.

“Climate change is already having a profound impact on our country,” said Nasser Shraideh, Jordan’s Deputy Prime Minister for Economic Affairs and Minister of State for Public Sector Modernization. “Jordan’s new Vision for Economic Modernization puts forward sustainable practices and green investment as central pillars for Jordan’s future economic growth and as critical to improvements in quality of life.”

According to the report, Jordan’s trajectory in meeting its climate and development goals will be largely determined by policy and investment choices in five key sectors – water, energy, agriculture, transport and urban development. The report identifies a set of recommendations to unlock, facilitate and scale-up financing for climate action.

“To adapt to climate change, Jordan will need financing and expertise, and the private sector is equipped with both. In the years to come, private businesses and public-private partnerships can be game changers in terms of helping Jordan build a climate resilient economy that creates opportunities for all,” said Hela Cheikhrouhou is IFC’s regional Vice President for the Middle East, Central Asia, Türkiye, Afghanistan, and Pakistan.