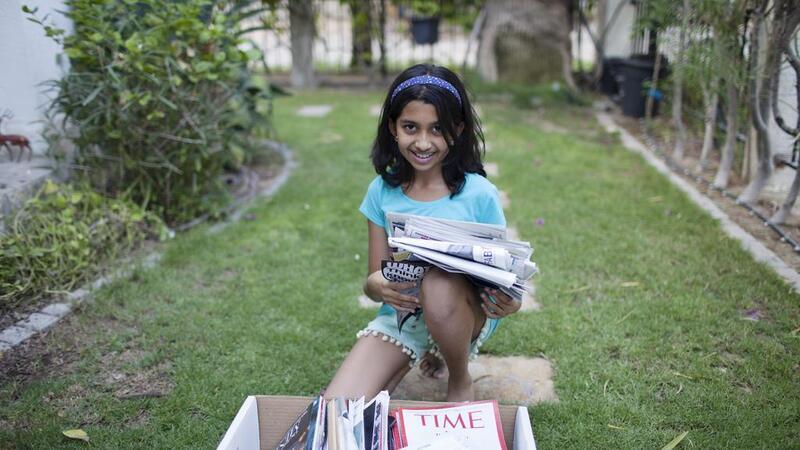 The United Nations Environment Program (UNEP) said that youths in Bahrain, Lebanon and the UAE have presented an example for launching initiatives and presenting innovative solutions to face up environmental challenges and realize sustainable development.

Youth in Lebanon planted trees and participated in awareness-raising initiatives that tackle air pollution; young entrepreneurs in the United Arab Emirates developed innovative projects that seek to address the environmental challenges and priorities of their country; and in Bahrain, they organized a large scale sea clean-up campaign under the UNEP’s global Clean Seas campaign, collecting almost 3 tons of waste from the different coasts of Bahrain.

It is clear that the climate crisis and the environmental threats facing the world have given impetus to the current generation of youth to play their part in finding solutions. When asked about the role young people in the United Arab Emirates can play in driving positive change towards creating a healthier environment, 14-year-old Sagarika Sriram enthusiastically answers: “we are all change-makers and must not wait for others to take action. This is the impact and power of the digital age we live in.”

For Sriram, raising awareness and encouraging positive, incremental behavioral change through the adoption of sustainable practices is at the heart of creating a lasting positive impact on the environment. Recalling the spark that ignited her passion for environmentalism, Sriram talked about her love for animals and nature. “When I was 10 years old, I read a story in the newspaper about an oil spill and whales being washed up onshore, and turtles found dead with plastic in their belly. I could not understand how our actions as humans were causing so much harm to the environment,” she commented.

Sriram wanted to find a way to encourage young people to think about their daily actions, understand how their choices affect the environment, and realize the difference they can make as individuals. At the age of 10, she took the initiative of learning how to code by enrolling in a distance learning course tailored for talented youth and set up an environmental website called k4bworld.com—Kids for a Better World. Sriram has designed the website in a creative way to encourage people to take actions that help conserve natural resources, protect biodiversity and ecosystems, and reduce global warming.

Apart from providing facts that highlight the extent of the environmental crisis the world is facing, she has used the website to give tips on things young people can do to play their part for the environment, such as starting a kitchen garden, planting trees, refusing plastic bags, and collecting waste and taking it to recycling centers. Each activity provides the person with a number of K4B points that can be used on the website to redeem environmentally friendly products from the website’s Green Cart. After reaching 200 points, young environmentalists are designated as Waste Warriors or Green Giants and are given a prize for their commitment to the environment.

Alongside her website, Sriram became involved in door-to-door advocacy, providing information about the importance of sustainable waste management, recycling, responsible consumption and production, and ecosystem conservation. Through these experiences, Sriram found that there was a lack of awareness regarding the magnitude of the environmental challenges countries in the region are facing: “I found that many people believe that in the United Arab Emirates, we have unlimited resources to tackle environmental issues. But there is a huge threat to our biodiversity from an increasing carbon footprint, limited water resources, waste generation and air pollution,” she said. This motivated her to spread the word about Kids for a Better World and encourage people to commit to playing a part in saving the environment through continuous work.

Her advocacy has had an incredible impact. “Through a sustained campaign of building awareness among youth, we have had over 34,000 visits to our website and many children have written to us to join our activities. People from our local community and schools are joining, and we are beginning to drive the changes we wish to see and show how serious we are about protecting the environment,” said Sriram.

Sriram believes that young people are in a position to work together towards shaping their future, and that children are capable of communicating and relating with one another in a way that produces a more powerful impact on their determination to promote environmental sustainability. “Children need to relate to things they can see, touch, and feel for them to understand the issues; at K4B World we explain some of the big issues facing the environment in a very simple way and with a regional focus, and because all of us are kids ourselves, it is much easier for our friends to relate to us than to a podcast or a televised program happening in some other part of the world,” she noted.

Sriram has also taken on and participated in various environmental initiatives. She launched a waste collection and recycling campaign within her community, in which she managed to collect over 1,000 kilograms of household waste in four weeks. This accomplishment made Sriram eligible to plant a tree during the UNEP-accredited Emirates Environmental Group’s annual campaign, “For Our Emirates We Plant”. The campaign is a continuation of the group’s enduring commitment to preserving biodiversity in the country, which began as a response to UNEP’s global call to action under its Plant for the Planet initiative launched in 2007. Sriram also created a program called Sustainable Summer, targeting children who stayed in the United Arab Emirates during summer holidays. Under this program, the young environmentalists would gather to discuss and learn about climate change and think about ways in which they can make a difference.

Reflecting on Sriram’s environmental efforts in the United Arab Emirates, Nora Isayan, UNEP West Asia Gender Focal Point said: “Women and girls are often hit the hardest by environmental and climate disasters. At UNEP we ensure gender mainstreaming in our programs, and advocate for the participation of women and girls in all aspects of our mandate. Sriram is an inspiration to all young girls in her country and West Asia, spurring behavioral change which will certainly have a positive impact on the environment.”

Lower- and middle-income countries carry the greatest burden of Non-Communicable Diseases (NCDs), accounting for some ...