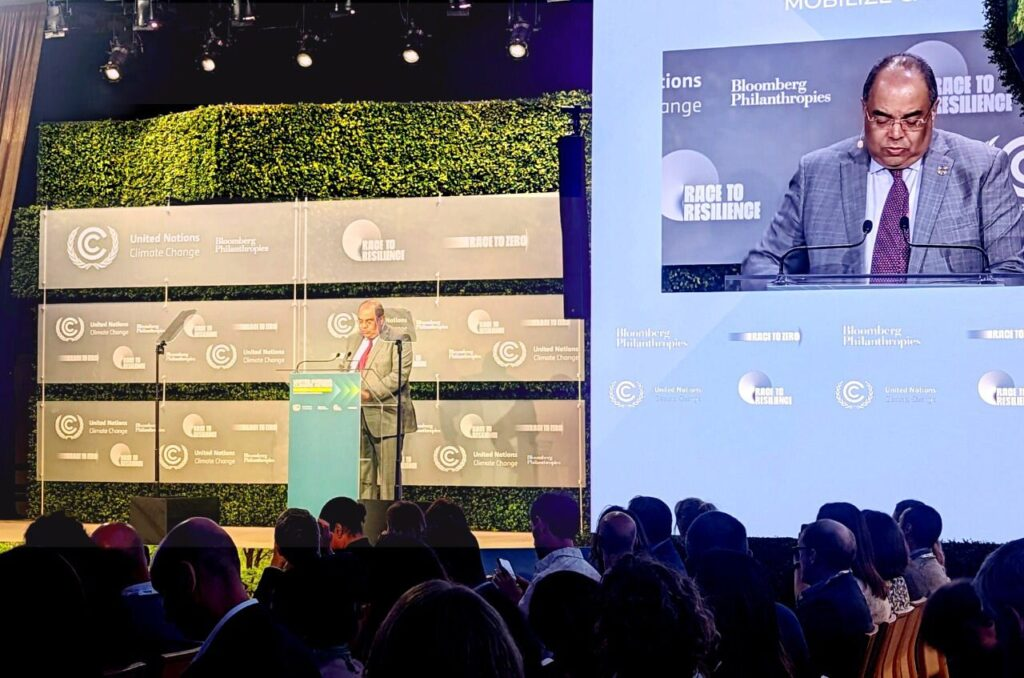 He stressed that adaptation, loss and damage and finance need urgent intervention, while fulfilling  pledges.

He also warned of restricting climate action to just mitigation or decarbonization as it is only a formula for failure.

This came in Mohieldin’s speech at the United Nations Climate Action: Race to Zero and Resilience Forum.

In his speech, the climate champion stressed the importance of adopting a holistic approach that deals with the climate crisis within the framework of sustainable Development plans and on the basis of Paris Agreement, especially in light of the crises the world is facing today.

This, he went on, requires finding practical solutions and mobilizing more funds, a matter that will help promote growth rates, curb poverty and create job opportunities.

According to Mohieldin, such holistic approach helps find “practical” and “equitable” solutions that ensure sustainability at all fiscal, environmental and social levels.

The climate champion also stressed the paramount importance of enhancing the role played by non-state actors and the private sector in addition to opening up new horizons for private-public partnerships.

Regarding regional climate action, Mohieldin clarified that the four regional roundtables resulted in more than 70 investable and bankable projects in adaptation and mitigation domains and they will be presented in COP27.

As for finance, Mohieldin stressed the necessity to activate concessional and Innovative financial instruments like debt swaps for investments in nature , bearing in mind that over 60% of climate finance is debt-based.

In a related context, Mohieldin referred to the ongoing discussions related to Africa’s carbon markets with a number of experts with the aim of outlining certain standards that suit the demands of emerging markets.